So I haven’t posted in about a month and I am so sorry. It’s been a crazy month! So much has happened including THE BEST THING  to ever happen or could ever happen in the world…. (other than if Smashing Pumpkins were to reunite with the 4 original members) my best friend asked me to marry him!!!

Tommy told me on our anniversary that he would be taking me on a secret trip. A few weeks later in the sleepy early morning hours of pre-dawn we packed up our bags and headed to the airport. I had no clue where we were going. Russia, Ireland, the moon?!

We got to the airport for a 6 am flight and I managed to get all the way to the gate before I saw where we were headed. It was a thrill that everyone should experience. I mean it could have literally been ANYWHERE.

It turned out to be Washington, DC, the place we met and fell in love. My heart nearly exploded when I saw where we were going because I knew it was going to be sentimental and heartfelt and basically made out of sunshine.

As our plane approached the city, I could make out the steeple churches and green hills that define the east and I felt exuberant to be back.

We stayed at the Renaissance in downtown DC and were greeted after checking in by champagne and chocolate-covered strawberries. As cliche as it sounds, I felt like I was in a movie.

That night we had dinner and drinks with our friends, Abhi and Hannah and met up with more old friends at a cocktail party. We had a fabulous time just being back in our city.

The next day the surprises began. First stop was the Dunkin’ Donuts in the Crystal City Shops where we used to grab coffee on the way to the metro. It was there that Tommy learned how I take my coffee and was thus granted a window into my soul.

Next stop was the first place we “hung out”, Arlington National Cemetery. That was when we first exchange that awkward “get to know ya” banter of “how many siblings do you have?” and “what are you studying?”

The weather was gorgeous. It was slightly cool and overcast, a very rare thing for DC in the summer.

We walked the mile stretch to the Lincoln Memorial, crossing over the gorgeous neoclassical masonry of the Arlington Memorial Bridge.

Next stop was my favorite Smithsonian, the National Portrait Gallery. There we joked about how bad Clinton’s portrait was and in contrast, how JFK’s well-done was because its vague brush strokes mirrored his myth-like presidency.

The day ended in Old Towne Alexandria. We took the trolley to King Street and I knew right away we were headed to Landini Brothers, the Italian restaurant where we had our first date. We shared a bottle of a spicy red zinfandel and ate pasta while thinking back about that first awkward date. Back then I had taken one glace at the prices on the menu and thought of us both working as interns in such an expensive city and feeling bad that he was trying to treat me to something so luxurious on an intern salary I had ordered the cheapest thing on the menu- soup.

After dinner we walked to the dock as we had done three years ago, but this time Tommy started talking before we had a chance to sit down. He said that was his favorite place in the world, and that he had wanted to go back there, because he had wanted to kiss me there by the water our first date, but had chickened out and kissed me by the car instead. He said he wouldn’t let the chance pass him by again and then got down on one knee with the most beautiful ring, I’ve ever seen and asked me to marry him.

I felt like at that moment I glided up out of my body and was flying around like a kite out onto the lighted, ancient waters of the Potomac.

I said yes, and then cried off all my mascara (non-waterproof. BIG MISTAKE).

I called my family, who already knew because Tommy had already asked for their blessing.

We took the train back to the hotel and had a champagne toast to the night and to us.

Of course I didn’t sleep a wink. I didn’t want the day to end, just as one doesn’t want Christmas to end. But unlike Christmas, this day was never going to come back. Knowing that, I wanted to savor it and replay it again and again in my mind.

I waited my whole life for this day. As a child I dreamt of it, never knowing what it would actually be like or who it would be with and the day turned out to be more perfect, and with a more perfect person than I could ever have imagined, and then I knew God had a better dream for me than I could realize.

I looked down at my ring, it was so me. I had always wanted a vintage ring, and this gorgeous 1 ct. Asscher cut art deco dimaond ring had a vintage look and the antique scroll around the band gave it that intricate vintage fell I wanted. But it was better than vintage because it was mine, its story was my story and the thought behind it was his. So when I looked at it, I saw him and his heart. Tommy looked through the tons of ring photos I had on my Tumblr and managed to find the one ring I had put up twice and labeled “dream ring.”

So that is the story of my favorite day so far on this earth. I could not be more excited to marry this man who treats me like I am the most unique, beautiful and extraordinary being to ever live and who loves as deeply as Elizabeth Barrett Browning’s exquisite words…

“I love thee with the passion put to use

In my old griefs, and with my childhood’s faith.

I love thee with a love I seemed to lose

With my lost saints.” 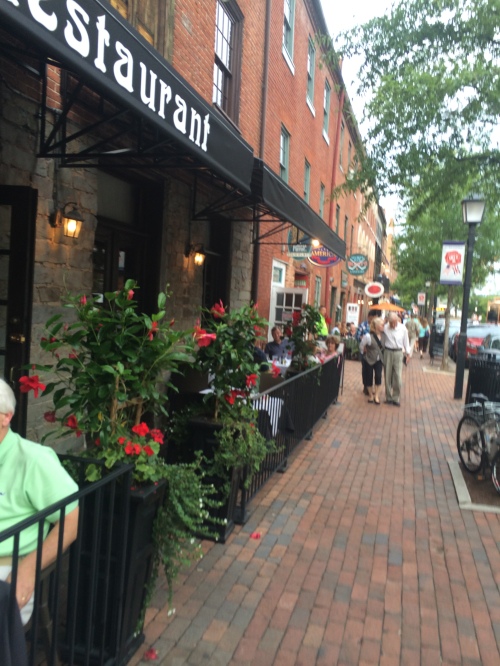 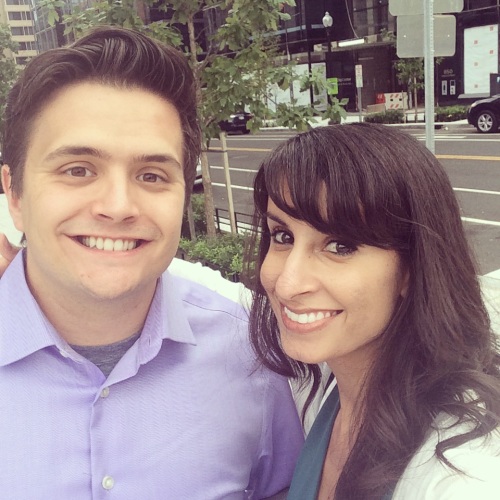 ← Outfit of the Day
Fall Trends: 3 Ways To Wear the Collegiate Sweater →